There are usually three different ways a new student learns yoga: visual, auditory, and kinesthetic. Each student is going to learn yoga in a different and unique ratio of these three areas. Heck, they might even call memory recall and dreaming as another form of visual learning because that is what I remember during my early days as a student.

The first time I participated in a yoga class was through a community college course in the beginning of 2009. I had never done yoga in a classroom setting and it will always be an exhilarating memory as it helped me stay grounded when teaching beginners yoga. During class I barely paid attention to what the teacher was saying.  Yeah, words were coming out of her mouth and she had a genuine smile on her face most of the time, which made me think she was saying kind stuff all the time but I honestly don’t even remember what her voice sounds like. (I do remember slightly that she was a petite, Asian woman with two boys for children, and that’s about it!) All I thought about was myself during the first few lessons. It was a shot to the ego. Having difficulties in being able to do a seated forward fold (paschimottanasana) brought me back to reality real quick. Our bodies are a reflection of our choices and mine over those years included late night energy drink binges with fast food in my diet almost every day. The yoga instructor flowed gracefully from pose to pose demonstrating a lot during the first two classes (we had an 8 week session format) and then moving and teaching around the room throughout the remaining sessions with less demo.

Now, I teach primarily beginners in yoga and am usually able to spot a completely new student to yoga. It’s even better when they introduce themselves to me, allowing me to give them some simple advice…the same advice I give to the intermediate and advanced students, “keep breathing and have fun”.  It’s really not that big of a deal if you don’t get the posture exactly like I’m showing you. In fact, I want you to explore with a variation of the pose until you feel comfortable going into the full blown full lotus posture. That being said, my demos (which usually include variations depending on what is going on for your body that day), are for those that are visual learners. They can be an idea of where you can possibly go in the asana. It’s not quite monkey see, monkey do.  Yoga is very forgiving, and you should be too, of your self and current abilities.

Next thing, practice practice practice. For those that are kinesthetic learners, I’m talking to you. If you continuously look around on how you should be doing the posture, instead just try it out. Experiment on and off the mat within a controlled range of motion for your body. What does this even mean? Go ahead and just practice a few postures (I suggest warming up your body first with more gentle postures) that you really want to take some time to get in to or make up your own sequence!

This next one, is really easy to do when you do one simple act, close your eyes. That works for me and hopefully it will work for you! Just close your eyes and listen to the teacher’s words. Heck, I say some preeettyyyy corny stuff sometimes just to see if people are listening…well that and it’s sort of part of my personality so they are hard to separate. But listening is somewhat of a dead skill it seems. Maybe all those jokes about “selective hearing” are true but I can tell you many times I’ve zoned in and out of listening to a teacher during class. Sometimes their audible cues come at just the right moment and an “A-HA!” moment occurs and kittens are dancing everywhere in my mind along with unicorns flying in the sky and I feel at one with the moon.

Yeah, listening is an important skill indeed. That being said, enjoy the process and the flow of the practice as it works through you and then you in return work through it. (I’ll tell you when you’re older)

So, what is the best way you’ve learned something?  Feel free to comment below. I’m curious to know what has worked for others. In return, I hope it can make me a better teacher to help translate what I know into something you can know and feel in your mind, body, and spirit while practicing yoga.

Jen Allen is a certified Yoga Instructor and Yoga Therapist, along with being a licensed massage therapist in the state of Texas. She has been teaching yoga since 2012 and practicing massage since 2021. She strives to bring joy and relief to others through the tools of yoga, massage and meditation. 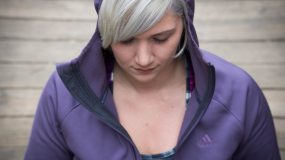 Practice with the Breath – Pranayama Journal…
May 5, 2018 No Comment 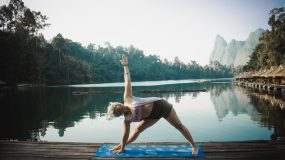 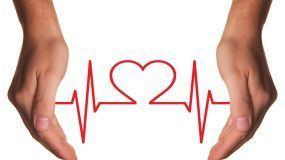